We were delighted to return to Swiss Garden & Moggerhanger Park and to add Wrest Park  to the season in 2012 . The predicted wet weather didn’t happen (most of the time) and the sun shined on us for a while allowing our Merry Troopers to bring The Merry Wives of Windsor to life 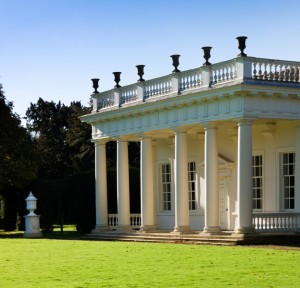 Most people probably know more about the play’s rumoured history that it’s plot.  The one that Queen Elizabeth requested? The comedy about Falstaff in love? Written in two weeks? Well, it’s a comedy, other than that, the rumours are just rumours.  It is, however, Shakespeare’s only comedy set in England.  Unusually it features no royalty or nobility and is written almost entirely in prose.  It is largely a farce set amongst the middle classes and although it does indeed mark the return of Sir John Falstaff and his cronies, he’s more of a big fat swindler than a romantic hero.

It has often been said that if Shakespeare were around today he would be writing for TV. If that’s true, then this is his 1970s sit-com.  Which is what made it such a brilliant choice for Shakespeare in the gardens in 2012 – comedy vicars, dirty rotten scoundrels, people hiding in cupboards and the wonderful wives of Windsor outwitting the men time after time.  And to top it off a big finish in the woods!  Perfect entertainment for a summer evening! 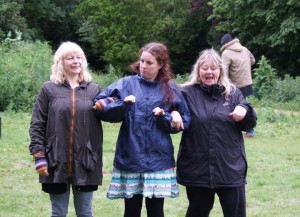 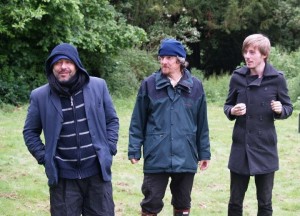 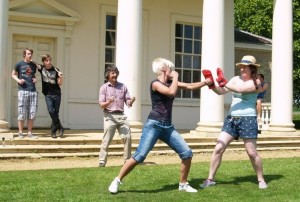 Fisticuffs in the sunshine 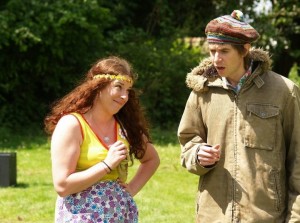