When you hear the ‘Monster Song’ it will be in your head for weeks! Meet the person behind the catchy tune…composer Sophie Viney. 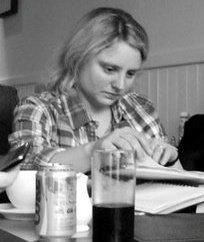 “I have always composed music. I wrote my first mini musical play when I was 7. It wasn’t particularly sophisticated but its gone from there really”, explained Sophie.

The award winning composer has premiered performances of her work at Royal Festival Hall and Wigmore Hall and has made appearances on Radio 3 and Classic FM. She has written numerous musicals for schools and ‘Wild Things’ is the latest in a long line of productions aimed at children.

Using her nephew’s fear of the dark as inspiration, Sophie composed the catchy but slightly menacing ‘The Monster Song’, she said:

“I have a nephew who is quite afraid of the dark and if you ask him why he says ‘there might be monsters’. So one of the major songs in the play is ‘The Monster Song’. I guess it was kind of tapping into a child’s world of their imagination when they are on their own. I wanted something that was a little bit menacing but also a little it funny as well. It’s jazzy.” 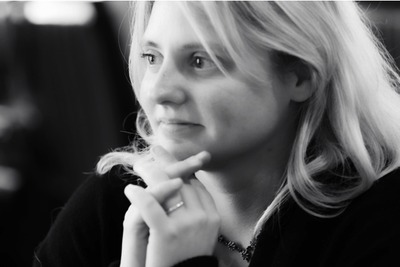 “Wild Things is quite free in many respects. There are lots of opportunities for very descriptive music. It’s quite cinematic and magical, and as a composer that’s a really nice thing to work with. You have the pictorial nature of the forest, the sea, the characters, the wild things and obviously the idea of this young boy going on an adventure. All of that is exciting and easy for me to compose for.”

Since moving to Bedford, the former Londoner has worked on several projects including the collaborative schools production of ‘Barbar the Elephant‘ where she penned two original songs. (You can read the Bedfordshire on Sunday write-up here: http://www.bedfordshire-news.co.uk/News/Schools-collaborate-for-Barbar-musical-08052012.htm).

Sophie believes the translation from classic children’s storybook to theatre show is something that appeals to people of all ages, she said:

“I think overall it’s going to be a great theatrical experience. I don’t think it’s just going to appeal to the younger ones either, I think it has got appeal across the board. It’s a book that adults remember from their childhood and to see how it translates from the page to theatre is fantastic. The story is so versatile  already used in film and an opera, but this take on it using live theatre with original music specifically composed for the show makes it particularly vibrant.” 

To find out more about Sophie please visit her website http://sophiesnotes.com/page3.htm