In the run up to Wild Things we thought we would treat you all to a series of web articles featuring the cast and crew of our Christmas show.

To kick of the proceedings, here is the man behind the artwork…..David Litchfield 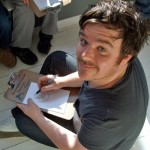 THE TASK of recreating classic storybook artwork is no easy feat, especially when the art in question is from renowned children’s book ‘Where the Wild Things Are’ by the late Maurice Sendak. For illustrator David Litchfield it was a case of inspiration rather than imitation when tackling this mammoth task.

“I  felt quite guilty about doing it especially because when they asked me it was around the time that Maurice died so it was even more of a mega challenge.  In the end I thought I’m not trying to be better than him or trying to copy his art I’m just taking inspiration from it and that made it feel a bit more right. I’m not using his characters, I’m using characters inspired by his drawings and that just made it an easier pill to swallow. I wasn’t trying to do anything better than Sendak I was just trying be inspired by his work”, said David. 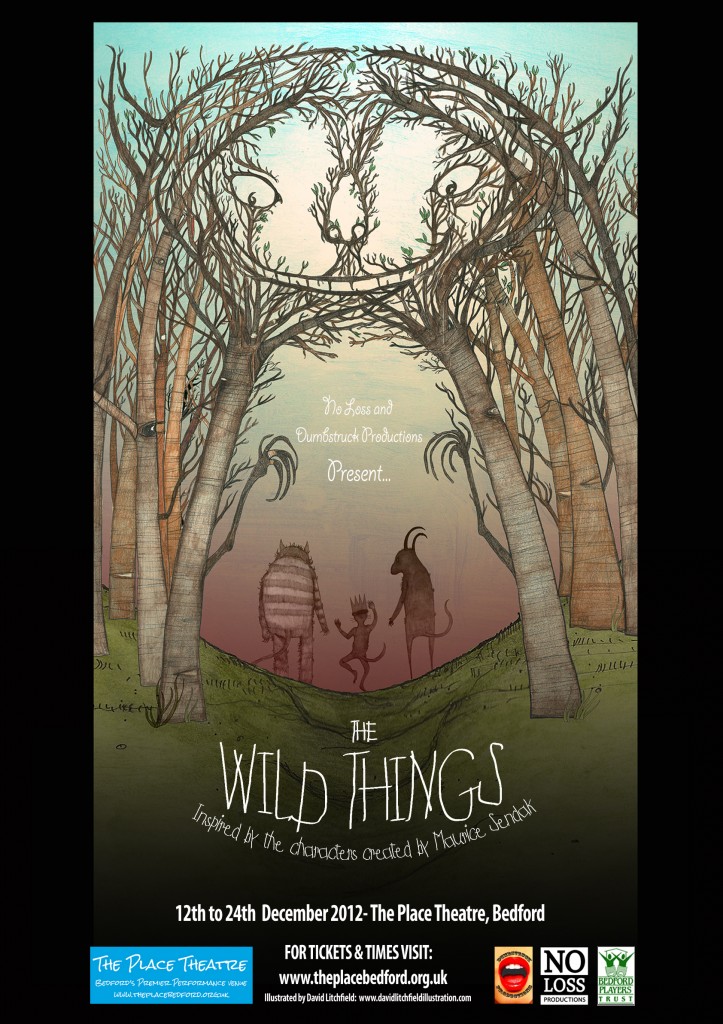 David, a teacher in the art department at Bedford College,  has been drawing all his life but it was his ‘Drawing a Day’ project that began to get him noticed, he said:

“I have always drawn for as long as I can remember really but it’s only recently I thought I could become a professional illustrator.

“ I knew that if I wanted to be an illustrator I needed practice and to work on my techniques and drawings so I set myself this challenge of doing a drawing a day for a year. I got up an hour early for a year and drew a picture and put it on the internet for people to critique. That got me noticed by a few illustration agencies and magazines and it has gone from there.”

It was this project that first caught the attention of No Loss Productions and David designed the posters and helped with the set of last year’s Christmas production, George’s Marvellous Medicine.

David is in high demand but the call of the Wild Things proved to be too strong to resist, he said:

“I was told the show this Christmas would be based on ‘Where the Wild Things Are’ and obviously I jumped at the chance because it is one of my favourite books and I love the art and thought it would be a fantastic thing to get involved with.

“It’s going to be a really ambitious show. We are making these amazing costumes and the set design is going to be phenomenal. We have beds that turn into trees and its going to be a visually stunning experience for the audience to witness. The script that has been written is hilarious and hopefully it will attract people from outside Bedford. If it goes well in Bedford then maybe it can become a bit of a sensation

David’s artistic talents have not gone unnoticed in the wider market and his ‘Drawing a Day’ project also caught the attention of classic children’s comic, The Beano, he said:

“I have just finished doing lots of projects where I am illustrating poems for them which is quite cool. I got to illustrate Spike Milligan poems and Laura Dockwell poems and all these other great poets both living and dead, which was really cool. That’s hopefully going to lead on to a few other things. My dream job would be to do an actual, long running comic strip for the Beano.”

David is also writing a series of features for the Bedford Clanger about his work on Wild Things, you can check out the latest one here http://www.scribd.com/doc/108697189/Bedford-Clanger-October-2012