It’s been a busy first week of rehearsals but we managed to grab a quick chat with actor Tom Carter who describes his character Prongs as the Captain Mannering of the Wild Things. 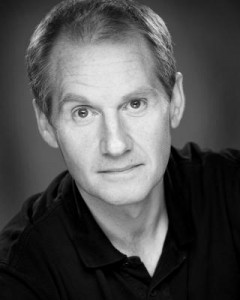 Whilst many of the cast and crew have loudly proclaimed their excitement at being involved in an adaptation of the popular children’s book, Tom however was slightly less familiar with the tale:

“I had never heard of it before. I had a vague recollection of something about a movie being made recently about the story but it wasn’t a story I read as a kid growing up. I knew nothing about it but having worked with Cally I knew this was going to be, as much fun if not more fun than the show last year.”

His appearance as Killy Kranky in last years Christmas production of Roald Dahl’s George’s Marvellous Medicine was his first foray into children’s theatre, something he was initially reluctant about, he said:

“I had never done a kids show or a Christmas pantomime type show before. To be honest it was never something I’d thought about doing. Cally called me about George and said there was the role of the Dad available and would I like to have a crack at doing something different. I have to be honest, I was initially pretty reluctant but in hindsight now I’m incredibly glad i did because it was such a wonderful experience, like nothing I had ever experienced before. What’s wonderful about it is the kids engage so much with the characters on stage, with what is happening on stage. They can suspend their disbelief so much more than adults and they are caught up in the world of the Wild Things and that’s really special.” 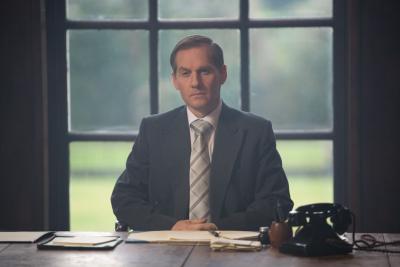 Tom has been acting for almost 30 years and has vast experience in a wide range of disciplines, something he believes is essential for an actor, he said:

“I like doing them all, which is probably why my CV is so varied,  I don’t want to do just one thing. I think an actor, a real actor, really wants to be doing or taking part in every medium that they can be involved in.

“I think most actors would say they prefer the theatre. I think that’s why you get into acting that connection, that live connection with an audience. There is nothing to beat it. Film is a completely separate discipline it’s great fun because you get opportunities to do things again, specifically when you get things wrong, where as in theatre you get it wrong you can’t go back and change it you have to keep going so there’s a different energy that you bring to both.” 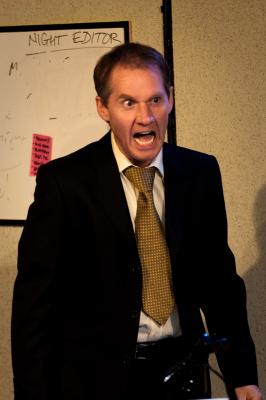 For Tom theatre also presents an opportunity to expose children to real drama and the magic of theatre, he explained:

“I think anything that can get kids to come to theatre is something that’s worth pursuing. As a nation now we are so inundated with reality tv that people don’t get to see good drama, good acting, good performances and what we have to do is find a way to get them back in to traditional ways of seeing that, such as theatre.

“It’s not pantomime that is a completely different discipline. It’s a good show,  it’s something the kids can engage with, they can see actors properly acting characters on stage and they can get the first flavour of real theatre whilst being entertained and having a lot of fun at the same time.”

Tom has several other projects in the pipeline including a feature film which he can’t talk about just yet…well that certainly has us intrigued. But while we anxiously await more juicy details what can we expect from his charcter Prongs?

“Rehearsals are going very well. In fact we are only on day four and I can see at the moment the show’s looking really good. I think the audience is in for a real treat this year.”