Why the Wild Things? The brains behind the operation producer and founder of Dumbstruck! Productions, Alex Levene tells us how he came to chose Maurice Sendak’s iconic book for this year’s show…though we’re not sure he even knows! 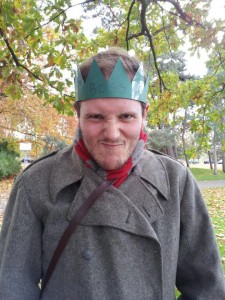 “After the success of George last year, Cally and I got together in January and started to plan how we were going to attack this year and what we wanted to do. We both started playing around with ideas thinking about things that might work for children but might work in the local audience as well. Looking back on it now I can’t really remember what made me go, definitely that. I hadn’t watched the film until after I decided to do it, I don’t even think I owned it as a book.

“It’s a fantastically well known book and I think I was trying to work out how we could use David. I started to think about ideas that take advantage of the fact that we have got this really keen illustrator who wants to work with us and started to think about projects that would inspire him. That sort of got me thinking about ‘Wild Things’ but instead of just creating the Maurice Sendak monsters, because I know adaptations of it have been done in the past, I thought no I want to break away from that a little bit and to sort of re-imagine it for our audiences working with a local illustrator who’s well known and established in the area and give him a chance to do something that would be exciting. But ultimately I wanted a project that would work well on stage and I think Wild Things will”, explains Alex.

After achieving a degree in theatre arts management, Alex along with a friend who had taken a directing course decided to set up their own theatre production company and Dumbstruck! was born, he said:

“My friend and I decided we might as well start our own company because that way we would have more control over what we wanted to do. I wanted to work in Bedford because I’m from here originally so I came back and saw that there was a market that hadn’t really been tapped into properly by professional companies . I saw that there was the opportunity to set something up that was a bit different to everything else that was going on around.”

Since then Dumbstruck! have developed a reputation for delivering new adaptations of classic texts including ‘The Picture of Dorian Gray’ and ‘Doctor Faustus’, he said:

“For us it’s about telling a story that already exists and sometimes you don’t have to tell the whole story it’s just about picking the important parts out of it and telling that bit of the story. We tend to stick to adaptations of other things, hence Wild Things and we are hoping to do an adaptation of Kidnapped by Robert Louis Stevenson in April as well.” 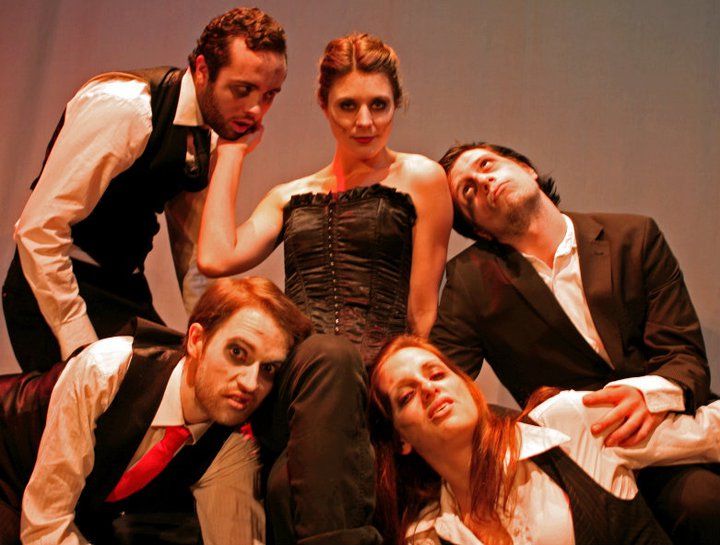 As well as his work with Dumbstruck!, Alex is also the venue manager of The Place Theatre, which Alex believes is a truly community orientated theatre, he said:

“We are by far and away the busiest venue in the town for local people. The Corn Exchange is busy and has a variety of different events but it’s almost entirely professional organisations being brought in by touring management companies. The place is run by people from the town, 75% of its programming is put on by people based in and around Bedford and it has got a really high community ethos. We are all about how we can benefit our users as much as possible.

“As a venue it’s an exciting venue because it’s on three sides and because its 135 seats its very intimate, it’s very immediate. There’s no detachment between the audience and the performers so it’s fantastic for actors because they can sense immediately how an audience is engaging with the piece and it’s great for the audience because it’s like they are in the action, which is why it works so well for kids shows. The kids are right there, they are sat there in the forest with the Wild Things not 50 metres away somewhere in the stalls watching this thing like it’s a television. They’re right there and they are immersed in what’s going on around them.”

With rehearsals starting next week it’s not long until opening, so what does Alex think makes the show so great?

“I think what makes it something that needs to be seen is that although everyone feels like they know ‘Where the Wild Things Are’, this is not quite that. We’ve come at it from a slightly different angle. We wanted to make our mark and put our stamp on this story. People will come along and they’ll be like ‘we know where it’s going to go’ but they don’t know how it’s going to get there and I think that’s the most exciting part about the show.”

The Place Theatre runs a wide variety of shows to suit all tastes throughout the year. For more information follow @ThePlaceBedford or visit: http://www.theplacebedford.org.uk where you can also purchase your tickets for Wild Things.