What Then Was War? A Commemoration 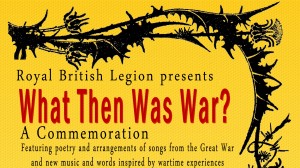 To commemorate 100 years since the out break of World War One we joined forces with the Royal British Legion, Bedford Arts Choir and Bedford Choral Society Chamber Choir to present an evening of new music and words inspired by wartime experiences along with poetry and music from the Great War. St Peter De Merton church provided us with a beautiful venue which was completely full with a very appreciative audience – “An absolute honour to have been present at this wonderful event”

No Loss regulars James Harrison, Tom Carter and Cally Lawrence were joined by Simon Jackson to provide the spoken word element of the evening whilst Sophie Viney (Composer of Music for Wild Things) created two new pieces of music, inspired by female poets to be performed by the choirs.

Something you may not know about Bedford’s history during the War,

Between 15th and 18th August 1914 around 17,000 Scottish territorial soldiers arrived in Bedford for training in advance of reinforcing the beleaguered British Expeditionary Force on the Western Front. These were men of the Highland Division (later to become the 51st Highland Division) whose infantry units carried famous and evocative names such as Gordon, Seaforth, Argyll & Sutherland and Cameron Highlanders.

By the time it left the Town in May 1915, the Division numbered over 22,000 men. To set this in context, at the outbreak of war Bedford’s population was somewhere in the region of 39,000….. The evening focused on how the people of Bedfordshire played their part as well as looking at the bigger picture. Thanks to Richard Galley for his invaluable research into the Highland Division in the town and to Lydia Saul from The Higgins Museum for all her help. 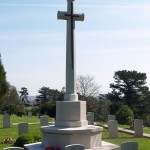 The evening was made possible by funding from Bedford Creative Arts, the Arts Council England and the Heritage Lottery Fund